On March 1st, 2010 Marks & Spencer announced a programme to be the world’s most sustainable retailer by 2015 launching 80 major new commitments under M&S’ eco and ethical plan, Plan A.

The store is the first of a number of new ‘Sustainable Learning’ stores, that are part of M&S’ drive to become the world’s most sustainable major retailer by 2015. 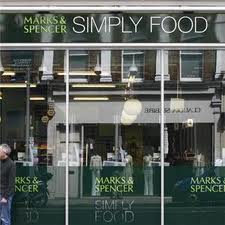 All the bricks used in the build have also been reclaimed from a local mill.

“We’re delighted to be opening M&S’ greenest-ever store, providing customers with top quality M&S food and drink products in such a convenient location.”

The store is “firmly on course” to achieve a BREEAM rating of Excellent, making it one of the most sustainable retail outlets in the UK.

Its carbon emissions will be 23% lower and energy usage 30% lower than a traditional similarly sized store.

All employees at the store have also been fully trained to understand its environmental features and will be encouraged to share this information with customers. (Source: The Food and Drink innovation Network)